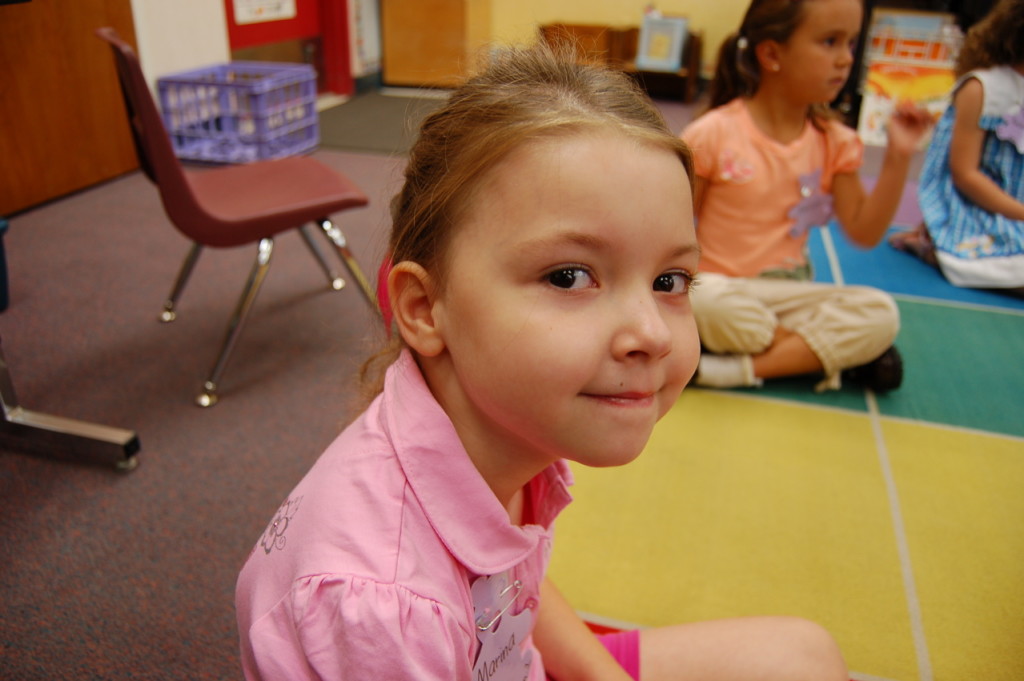 Half day kindergarten and the suburban communities that cling to it

When we moved to an affluent Chicago suburb three years ago, I neglected to ask a critical question—does the district offer full-day kindergarten? I just assumed. I work in education and didn’t actually think any school district still only provided only a half-day of kindergarten. And when I say “half-day,” I really mean two hours and forty minutes.

Statistics say that my children will be fine even with a half day, given that parental income and education are a strong predictor of student success.

So while half-day kindergarten is not in the best interest of my children, and, as I am a working mom, inconvenient for me, the odds are good that my kids will be ok, even if they do go to first grade lacking one or more academic readiness skills, as 25 percent of kindergarteners do in River Forest.

River Forest is one of a handful of high-income communities in the Chicago suburbs that hold on to half-day kindergarten. A village of 13,000 12 miles west of downtown, it is a place where it isn’t polite to rock the boat. It is a place where you are strongly encouraged to give your trust to the local district and stay out of the way.

But is sticking with a decades-old tradition of half-day kindergarten a sensible policy in 2016 – even in communities where affluence and privilege make the long term success of many students so much more likely?

While few would laud River Forest for its diversity, it is not a monolith. Maybe hard to find, but still, 7 percent of students in the River Forest district are from low-income families. And what about students whose first language isn’t English? This is a small percentage but growing. This is the population for whom research says full-day kindergarten has the greatest impact. Their needs are not being prioritized.

And what about the students with special needs, who make up almost 20 percent of the district? Last summer, the district added three new classrooms, with one especially for special needs students. I was glad to see the addition and thrilled for the families who will benefit.  But if a construction project was happening, why didn’t it include enough classrooms so those special needs students could receive a full kindergarten program instead of a compressed, rushed half-day that is unlikely to provide them the supports they need?

It is interesting because the district has an Inclusivity Advisory Board and talks about better serving all segments of the population. They are about to spend $42,000 on a contract with the National Equity Project toward this goal. But isn’t half-day kindergarten like a KEEP OUT sign for low-income families?  If they can stretch to afford housing in a community like this one, why would they do so when kindergarten carries a giant additional child care price tag compared to… almost anywhere else?  Why not start by offering the programming all different families need?

While other suburban districts (Northbrook, Downers Grove, LaGrange, Oswego, Glencoe and more) in Chicago have recently shifted to allowing families to choose full or half day kindergarten depending on family preference, River Forest’s school leadership staunchly insists on a single option: half day.  The board is unanimously against giving families the choice. Board members recently went so far as to refuse to participate in a town hall on the subject, which I was told first hand during a recent meeting.

Anyone familiar with the Common Core or current expectations for kindergarten and 1st grade students will understand how hard it is to cram a rich kindergarten program into less than three hours a day. It’s like watching an exercise video on double speed.  Time for play—nope. Socio-emotional learning—nope. Personalized learning—nope. Recess—nope. The kindergarteners get a 20-to-30 minute “special” every day so actual time with their teacher is maybe two hours. I am not going to even get into how long it takes a 5-year old to take off her jacket or boots.

Can you imagine being a teacher in this scenario? Of course, kindergarten teachers in River Forest say they need a full day program to cover all the required material, a consensus that was conveyed during a school board hearing about the issue.

In the end, districts are using half-day kindergarten as a cost-savings measure. It is much cheaper. Fewer teachers and classrooms needed. Board members retain more funding to direct as they wish. Unbelievably, the River Forest board pleads financial woes despite the fact that they spend 61 percent more per student than their far less affluent neighbor to the west, Maywood, where full-day kindergarten has been offered for years.

Many parents want a full kindergarten program.  Some are very happy with a half day.  What on earth is the argument for not offering both? Board members have lectured parents that half day is “a gift” that preserves time at home with mom for 5 and 6 year olds.  So they can go to the museums in city, they say.

This is not the reality for all families and especially for the families who scrape by economically to live in River Forest. It’s not a reality for families who want their children to be exposed to the entire range of kindergarten content, which is logistically impossible in a half-day setting.

Parents continue to flock to River Forest for the excellent schools.  And there are so many excellent things about them. But they won’t be uniformly excellent until they offer up-to-date academic programs that fit the needs of today’s families and respect the diversity of today’s communities.

Allison Jack is a mom of four with 20 years of experience in education improvement in Chicago, LA and New York, beginning with her time as a classroom teacher and culminating in the work she does with high performing charter school leaders and teachers. She is currently Director of Charter Growth and Support at Illinois Network of Charter Schools. She worked with many of the original charter schools in Chicago and co-founded Namaste Charter School. She also held advocacy and policy roles in the CPS Office of New Schools under then CEO Arne Duncan and in the Governor's Office. Allison is an early Teach for America alum and a graduate of the University of Chicago.

← Why our students can’t think on their feet: Are our schools are too timid?
A charter network bucking the status quo in a brand new way →