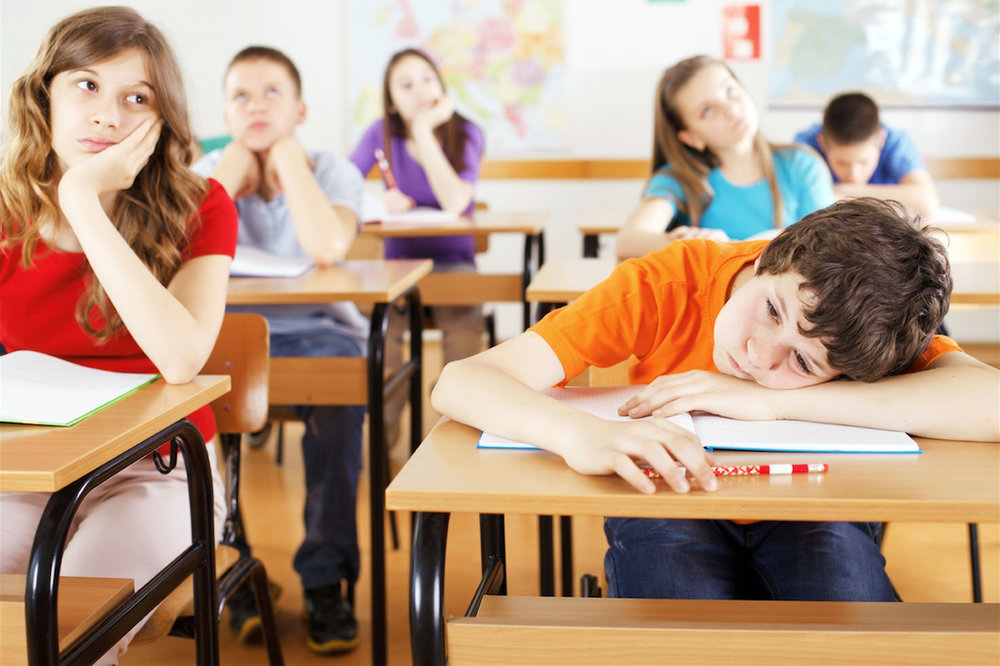 School doesn’t prepare students for life, writes Rich Stowell on Medium. It prepares them to comply.

His creative, bright extroverted son is considered a mediocre student “because 1) he gets bored quickly in class; 2) he speaks his mind when he should politely lie; and 3) he needs more attention than his more introverted classmates,” writes Stowell.

His introverted son, too shy to speak up in class, is considered “a model student.”

In what job, for instance, would 20 to 30 workers have to sit in neat rows listening to their foreman or manager drone on for 40 minutes at a time before getting to work?

His extroverted son complains the teacher won’t call on him. Stowell asks, “What boss would continually ignore the worker who had solutions in favor of the ones she knew didn’t have them?”

School is no picnic for introverts, argues Diana Senechal in Republic of Noise: The Loss of Solitude in Schools and Culture. Quiet, reflective students are pushed to talk, talk, talk.

For high achievers, school can feel like a “prison,” writes Maryann Woods-Murphy, who works with gifted students, in Education Post. Those who are gifted, or just working above grade level, feel “trapped, misunderstood and bored,” she writes.

They raise their hands but believe they won’t get called on, because the teacher “knows that they know it already.”

. . . Sometimes while waiting, they cause a commotion by making a provocative comment, or they simply fall into a kind of quiet despair. More compliant learners often pull a thick chapter book out of their desks because they don’t want to bother anyone.

I talked a lot in class, but when it got boring or the teacher didn’t want to hear from me any more, I’d read under my desk. My teachers must have known, but they left me alone.

← Add new college grads to the list of groups getting screwed by the GOP tax plan
Is the ‘master teacher’ credential headed for extinction? →